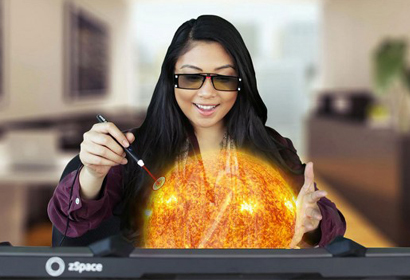 At 2010, I became interested in Virtual, Augmented, and Mixed Reality as an amazing immersive platform for the video games, and implemented a 3D stereoscopic library of instructions in C++. Later in 2011, this library is developed into a flexible, powerful, and easy to use (but not time efficient) C# library (called GraphicBox). In 2011, I built a holographic user interface for GraphicBox using Microsoft Kinect, which was similar to Microsoft Hololens but five years prior to it.